A rendering of the redevelopment at 3410 W. Leigh, which will be split into three new office suites. (Courtesy of M.L. Bell Construction)

M.L. Bell Construction is used to being hired by developers. Now, the local general contracting firm is playing the role of developer following a nearly $2 million deal in Scott’s Addition.

While this is the company’s first in-house deal in Scott’s Addition, it’s not the first time it has taken on a project on its own. Bell said they’ve bought, renovated and leased out some other flex office and industrial buildings in Hanover County, where the company’s based.

“We’d love to do more of this work. We’ve been doing it the last seven, 10 years,” Bell said. “We’ve just been looking for some new opportunities. Being a general contractor gives us a good advantage to have some vision on these spaces and what you can do to them.”

For the West Leigh property, the firm has already kicked off renovating it into three office spaces ranging from 3,000 to 4,300 square feet. Bell said the renovation includes redoing the building’s façade, adding skylights and new windows and adding more restrooms, in addition to upgrading the heating and the electrical.

Located near the intersection with Belleville Street, the building was formerly home to Fultz & Singh Architects and Andrew Flint’s Method Woodworking and Design. Flint, the seller in the deal, bought it in 2019 for $750,000. 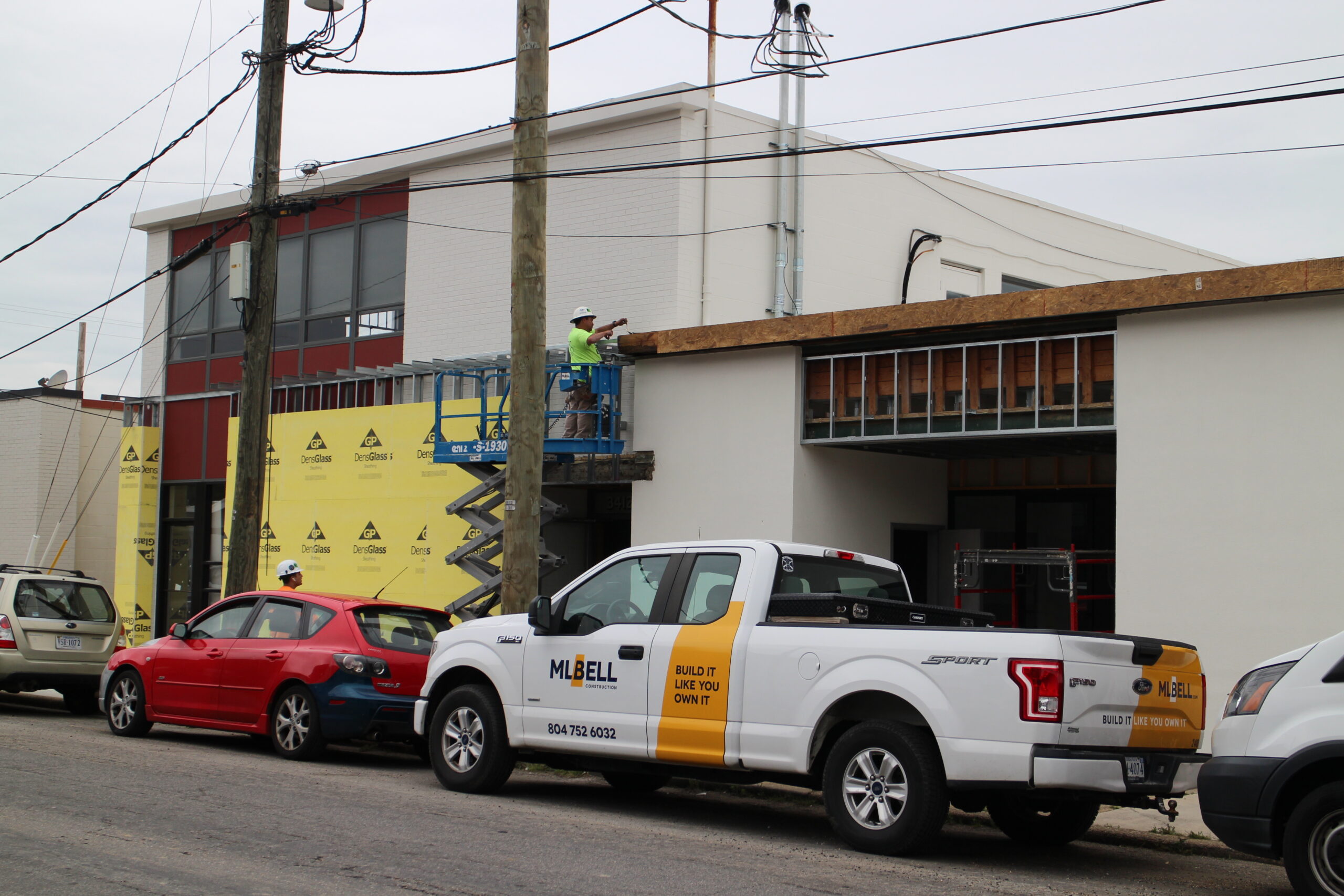 Work is already underway on the space, which is located near Starr Hill Brewery’s Scott’s Addition taproom. (Mike Platania photo)

“There is a lack of second-generation office space in Scott’s Addition,” Bell said. “We’ve gotten a lot of interest from financial planning firms and marketing firms.”

Bell’s acquisition of the property closed April 21, with Marcus & Millichap’s Kerry Riley working the deal. The parcel was most recently assessed by the city at $1 million.

Work is scheduled to wrap up by the beginning of June, Bell said, with his firm handling the buildout. Thalhimer’s Kate Hosko and Amy Broderick are marketing the forthcoming office space.

Bell said his firm has typically held onto the buildings it has purchased and renovated over the years but sold a few when the right opportunity came along.

Fultz & Singh, which is handling the design work of their former home base with the Leigh Street building, recently moved into its new headquarters in a former U.S. Post Office building at 1212 Westover Hills Blvd. An entity tied to the firm bought the property for $466,000.

Flint, the seller of the West Leigh property, has a project of his own underway in the Fan as he’s currently building a mixed-use building at 2606-2612 W. Cary St. that’ll be anchored by his salon chain, Hive Salon Studios.