Many new federal contractors came into the market as a result of the pandemic, and contract spending was on the rise anyhow. The latest analysis by the Project On Government Oversight shows that contractor misconduct is also occurring more frequently, and with perhaps not enough oversight from buying agencies. For more, Federal Drive with Tom Temin spoke to POGO’s investigator, Neil Gordon.

Tom Temin: Neil, good to have you on.

Tom Temin: And you’ve been tracking spending as others have, and it has really undergone extraordinary growth accelerated by the pandemic. Give us the general landscape here.

Neil Gordon: Right. Well, we looked at the fiscal year 2020 top 100 federal contractors for our contractor misconduct database, which we update every year with the latest top 100, and we found some interesting patterns in spending. The COVID pandemic definitely had an effect. We saw a lot of new names in the top 100: companies that manufactured vaccines, companies that help process pandemic aid made the list for the first time.

Tom Temin: All right, and what about the occurrences of misconduct? And that takes many, many forms: contract fraud, criminal activity or misbehaving activity outside of the Federal arena, but by that company. So tell us more about what you consider contractor misconduct for purposes of the database?

Neil Gordon: Sure, our database tracks all forms of misconduct. Any form of legal scrape, be it criminal, civil, administrative, local, federal, international incidents,

Tom Temin: All right. And what’s the trend there? Well, how many incidents happened and how much money goes to companies that are involved in these types of incidents?

Neil Gordon: Well, let’s pick out a few examples. Johnson & Johnson is a new entry in the top list. And Johnson & Johnson has an extremely extensive history of legal scrapes. Altogether, we found 37 instances of misconduct since 1995, for which they’ve paid approximately $12 billion in penalties. They’ve had many cases of product liability, involving their, you know, their products, their drugs, things like that. Most recently, the opioid litigation has been a very big thing for them. They just recently struck a national settlement for, I think, $5 billion,

Tom Temin: Right. But that’s a civil matter, and it has to do with the whole tort lobby issue. Every company gets caught up in torts, and sometimes it’s easier to settle than fight them, regardless of who is really responsible for opioids. What about criminal activity, or bribing, that kind of thing? Wouldn’t that be something that’s more indicative of whether a contractor is really a bad company?

Neil Gordon: Sure, it could, depending on when it happened. If it happened a long time ago, it might not matter as much to their reputation, especially if they made changes to the company, in response. You know, firing the people that were involved and reforming their culture or things like that. But no, we consider all instances of misconduct, pretty much, you know, equal in terms of the company’s track record of ethics and responsibility.

Tom Temin: And another company mentioned this year is the Dutch company, the electronics conglomerate Philips. They’re, you know, in the top 100 of U.S. federal contractors — $906 million. What’s the issue with them?

Neil Gordon: Philips has had 10 instances, about a billion dollars in penalties for things like antitrust. There was a big antitrust settlement involving CRTs — cathode ray tubes. So there were price fixing allegations. They did have a False Claims Act settlement for I think $35 million. And they also had a criminal penalty for providing falsified testing data to the Pentagon and NASA. That was a $14 million instance. So they’ve had a pretty varied background, in terms of their misbehavior.

Tom Temin: We’re speaking with Neil Gordon, an investigator with the Project On Government Oversight. And I wanted to ask you about one other company here. Fisher Sand & Gravel. This was noted in several reports by organizations as coming out of seemingly nowhere and growing into the top 100 with $2.5 billion in contracts. And Fisher Sand & Gravel doesn’t sound like, you know, they’re making airplanes or high tech gear of any sort.

Neil Gordon: Right, no. See the thing with the last year’s ranking does include a lot of COVID contractors, but it also includes a couple of border wall construction contractors. And Fisher Sand & Gravel is probably one of the prominent ones. They, of course, were fairly infamous for being one of the companies that President Trump plugged to the Army Corps of Engineers to hire, and they have a pretty checkered background, too. Several violations — environmental law violations — for millions of dollars in fines over the years.

Tom Temin: And then in 2009, you report that the company and several executives had criminal sanctions for federal tax evasion.

Tom Temin: All right, but then also on the list, it’s interesting, there are some companies without any history of misconduct. One of them is Moderna, which I think is a brand new company, relatively new company, who hasn’t maybe had a chance to get into trouble. But tell us about some of those companies.

Neil Gordon: Yeah. Moderna, we didn’t find any instances of misconduct. Out of the 12 new companies, actually, three of them didn’t have any instances, and one had only one instance. So as we like to remind people every year, when we make our update to the databases, that misconduct shouldn’t be considered a normal cost of doing business for a federal contractor. Because many of the companies in our database, and we have about 250 at this point, a lot of them don’t have any instances, or at least don’t have a pattern of two or more, you know, in their background. So it shouldn’t just be, oh well, they’re a big company, they’re going to, you know, make mistakes here and there. We show that that’s not necessarily a true thing.

Tom Temin: A lot of companies that are regular federal contractors run afoul of statutes, especially the False Claims Act, which then results in fines if they are discovered to have missed made some sort of misstatement to the government. Often, it’s an inadvertent thing. That is to say, no one intentionally did it. But nevertheless, it happens. And it is illegal; it shouldn’t happen. That’s not to excuse it, but it’s not as if they are deliberate malfeasant companies with people conspiring to do wrong. So I imagine a lot of the companies on the database have violated the False Claims Act, which can be complicated. I’m, again, not absolving the companies, but it’s an easy thing to run afoul of?

Neil Gordon: Well, I’m not really sure. It would pretty much be a case by case determination. I mean, some violations really are more intentional than others. And I think we’ve seen over the years some pretty egregious examples of contract fraud, over-billing, timecard padding, things like that. All right.

Tom Temin: So what’s to be done? The database is updated, there are some new companies, thanks to COVID. And the border wall [ones] that are on there, some of them are misbehaving. Some are not. What should the government do with this list, do you think?

Neil Gordon: Well, we started this database about 20 years ago, because at that time, there really weren’t any resources the government could could use to check its vendors. Now, since then, the government has started a few databases that they can use to check that information. For example, the the fattest database, SAM database. So luckily, they do have these resources, although in some ways, they’re they’re limited in terms of the information. I think FAPIIS only requires the company to disclose misconduct on contracts, whereas our database is more universal. It includes a broader spectrum of misconduct. So we hope the government knows about our database and, you know, consults it. It’s free, it’s free to the public, and we update it constantly. In fact, we just put in some new cases yesterday. The data can be sorted and searched and downloaded and, you know, really analyzed. So we hope that contracting officers will use it.

Tom Temin: And do you tie what you find on your database to, say, a list of departments or suspensions? Does that ever tie together in some way?

Neil Gordon: Well, when a company in our database gets suspended or debarred we include that as an instance. We also include source documents that can be downloaded.

Tom Temin: Neil Gordon is an investigator with the Project On Government Oversight. Thanks for joining me. 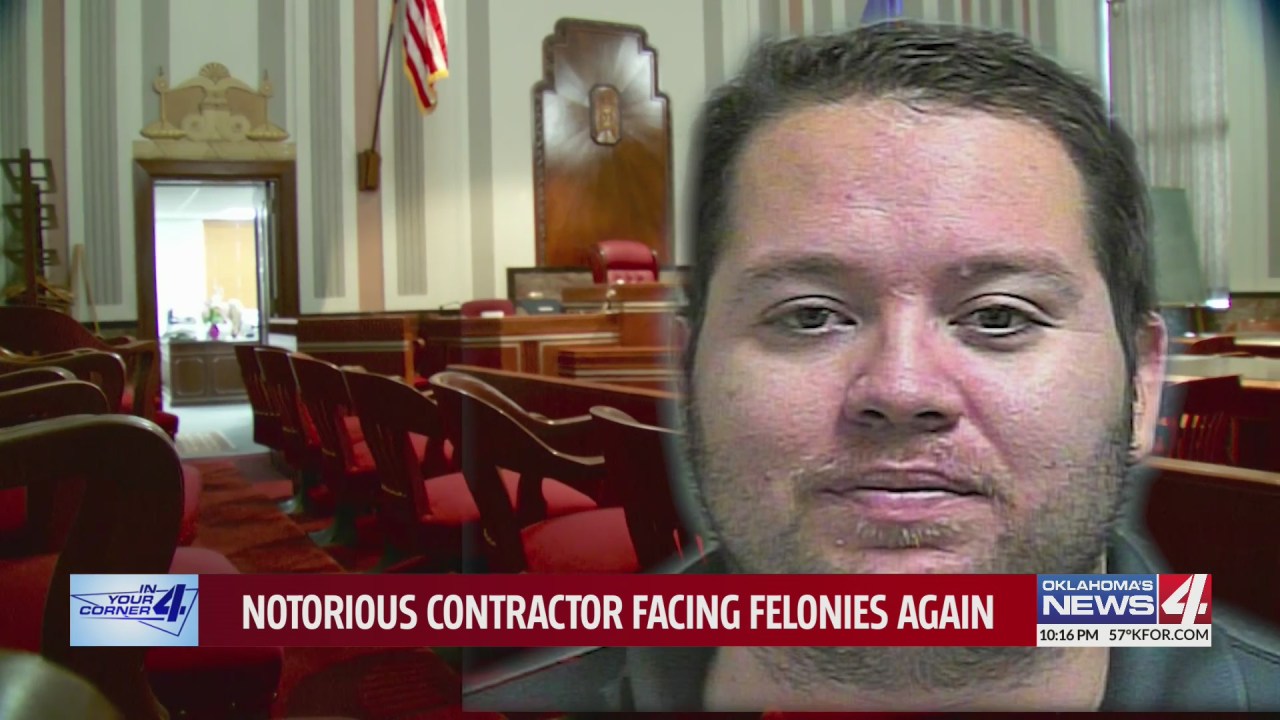