Oct. 21—NEWBURYPORT — Moments after admitting to a judge he stole $23,000 from two different clients, a Swampscott-based contractor turned around and apologized to his victims.

Ring’s contrition was strongly urged by Newburyport District Court Judge William Martin, who had just finished admonishing the 57-year-old man for his breech of trust.

“This appalls me,” Martin said. “I hope you make good on your promises.”

Essex County prosecutor Michelle Belmonte said Ring returned the $3,000 he stole from an elderly West Newbury couple but has yet to pay back $20,000 to an Ipswich man.

“This is a person who goes around and takes advantage of people,” Belmonte said said of Ring.

Ring was sentenced to 90 days in jail for larceny from a person over 65, but because he has been in jail serving a year sentence for an unrelated incident out of Lynn District Court, he was given credit for time served. A building violation charge was dropped while a charge of larceny over $1,200 by false pretenses related to the Ipswich case was filed.

Ipswich police issued an arrest warrant in early August after an Ipswich property owner told Officer Mark Ruggiero he gave Ring a $20,000 check in June as a deposit for $125,000 worth of landscaping work at the man’s Route 1 plaza. The work was to be done between July 1 and Aug. 15. The check was cashed by Ring’s then-girlfriend on June 22, but Ring never showed on July 1.

“I got arrested before I could do the job,” Ring told the judge.

Ruggiero soon learned that Ring had been arrested in Swampscott on domestic assault and battery and was brought to the Middleton Jail before he had a chance to start work at the Ipswich business plaza. A check of Ring’s record showed “several entries” for larceny, larceny by false pretenses and assault and battery. The background check also showed that at the time of his arrest, he was facing larceny charges out of Salem District Court and Newburyport District Court, according to the officer’s report.

The Newburyport District Court matter involved Ring stealing $3,000 from an 84-year-old West Newbury man who hired him in July 2019 to replace the concrete front steps to his Main Street house. Ring quoted the homeowner a price of $5,500 for labor and materials. The homeowner gave Ring a check for $3,000 to cover expenses and was told work would begin during the first week of August 2019. When Ring did not show at that time, the homeowner called him.

“He said that Mr. Ring told him he was in a car accident and also provided other excuses as to why he had to keep putting the work off,” West Newbury police Officer Richard Parenteau wrote in his report.

On Sept. 2, two workers from Ring’s masonry company arrived and stripped tiles from the front steps. They then told the homeowner they were done with the job. The homeowner texted Ring and asked for his money. Ring, via text, assured the homeowner that he would be re-payed. But by Sept. 5, the homeowner had enough and went to the West Newbury police station to file a complaint.

Parenteau spoke to Ring that day and was told the same car accident story. He also told the officer he would pay back the homeowner right away, Parenteau wrote in his report.

On Sept. 10, the homeowner returned to the station and told the officer he had yet to receive a check as promised. Parenteau tried calling Ring several times but was unable to reach him or leave a voice message. A few weeks later, Parenteau spoke to the town building inspector who told him Ring had never applied for a permit for the renovation. Ring also did not have a contractor’s license allowing him to work in the state, according to the officer’s report.

Belmonte said the West Newbury husband and wife were “delighted, that was an understatement, to receive their money back” but added she was less enthusiastic that the Ipswich victim would be repaid anytime soon.

Dave Rogers is a reporter with the Daily News of Newburyport. Email him at: [email protected] Follow him on Twitter @drogers41008.

Dave Rogers is a reporter with the Daily News of Newburyport. Email him at: [email protected] Follow him on Twitter @drogers41008. 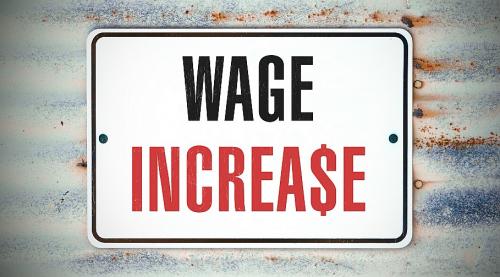